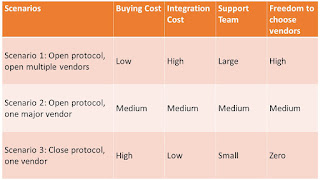 Software-defined networking (SDN) is an approach to create a centrally controlled programmable packet network. Any protocols with the same approach could be considered as SDN as well.

In fact, vendors also have developed proprietary protocols to implement this same approach. For example, Cisco’s ACI is a proprietary SDN solution.

Here I summarize 3 most probable scenarios when we deploy SDN.

Where do we use Cisco Wildcard Masks?


Wildcard masks are for us to select only subsets of IPv4 addresses. 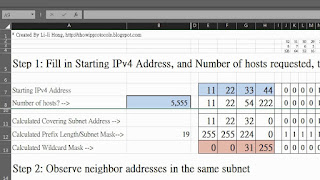 This tool is an update to my previous post:


You can simply assume Cisco IOS Wildcard Mask are derived by mapping 1s to 0s and 0s to 1s of equivalent subnet mask in binary notation.

Global BGP IPv4 table is around 800K in size 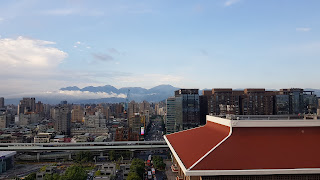 This week the global BGP IPv4 table is around 800,000 entries in size. I bring this up just to give you a head-up and say a “Wow”. I don’t want to make you worry about the number. This is not my intention.

Scanning active IPv4 addresses is difficult? Simpler than you think 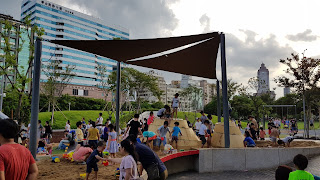 It is always a best practice to keep full track of all IP address assignments inside our local area network. From time to time, it might also be a good idea for security purposes to check whether we have any hidden nodes inside our network.

To discover any node with active IP addresses inside our network, we might imagine that we must acquire powerful tools such as Cisco Prime Infrastructure before we can achieve anything. In fact, it might be much easier than you have expected. Let me show you how.

All you must have is a Windows 10 PC. I think that should be easy.

Li-Ji Hong
CCIE #8299, CCSI #30641,
and I build Dream Internet.
I believe learning itself is everybody's favorite habit. My mission is to clear gaps and barriers to it, as much as I can! 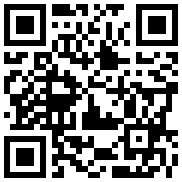 This work is licensed under a Creative Commons Attribution 4.0 International License.
[Mail to me]
[正體漢語]